The North American Auto Show has opened in Detroit in the good ol’ US of A and Volkswagen has unveiled a cool new concept car. Based on the Beetle (remember that Steven Cooper?), the Beetle Dune is a rugged semi-off-road version which has been created with the ultimate winter sports people in mind. The car is jacked up by 50mm and rolls on chunky 19-inch tyres meaning not only does it look cool, but it should be pretty capable when it comes to doing some off-piste driving. 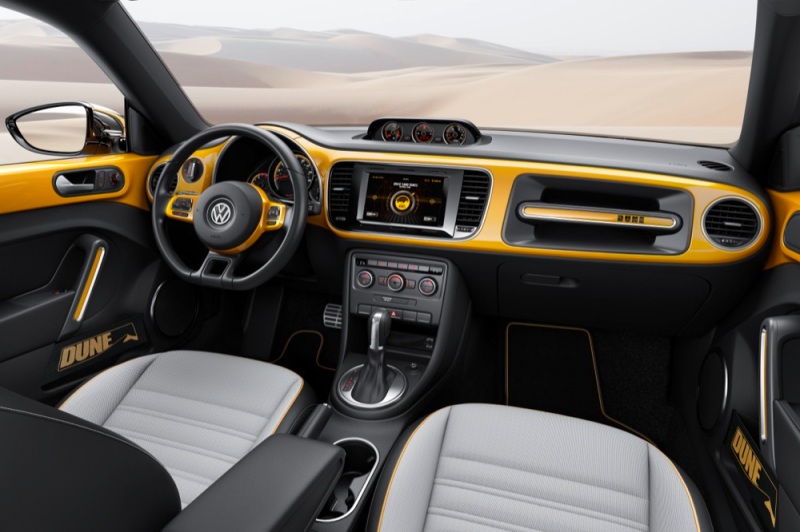 This isn’t the first time VW has made a concept like this either. Back in 2000, the then ‘new’ Beetle was given a similar makeover and had the same name.

At the time that one looked pretty cool too, but nowhere near as funky as this one does! Hopefully, if enough people like it, Volkswagen might actually make it happen. For reals!